Quartet for double basses no 1

About this quartet and the recording

This was my first attempt at writing chambermusic for a group of double basses. I had no real training in composition but wanted to see "if I could do it".
In august -84 I began working with the Gothenburg Symphony Orchestra, Sweden (and I have remained there since). At that time Håkan Ehren was also part of the bass-section (now with Stockholm Phil) and in 1987 he had a feature with the swedish radio, playing some solobass pieces for a later broadcast. For this program we also made a recording of my new Quartet and recently I recieved the original tape wich has been kept in the vaults of the Swedish Radio.
So this is how it was first played back then;
the players are myself, Jan Alm: Bass 1, Håkan Ehren: Bass 2, Sven-Erik Hansson: Bass 3 and Bo Eklund: Bass 4. You may notice that we are playing on solo-tuned instruments. This is propably because Håkan was recording other music too, which required for him to be on solo strings. (For those of you who are unfamiliar with the concept - there is a tradition to play solo on the double bass with strings pitched a wholestep up to give a brighter, more penetrating sound.) 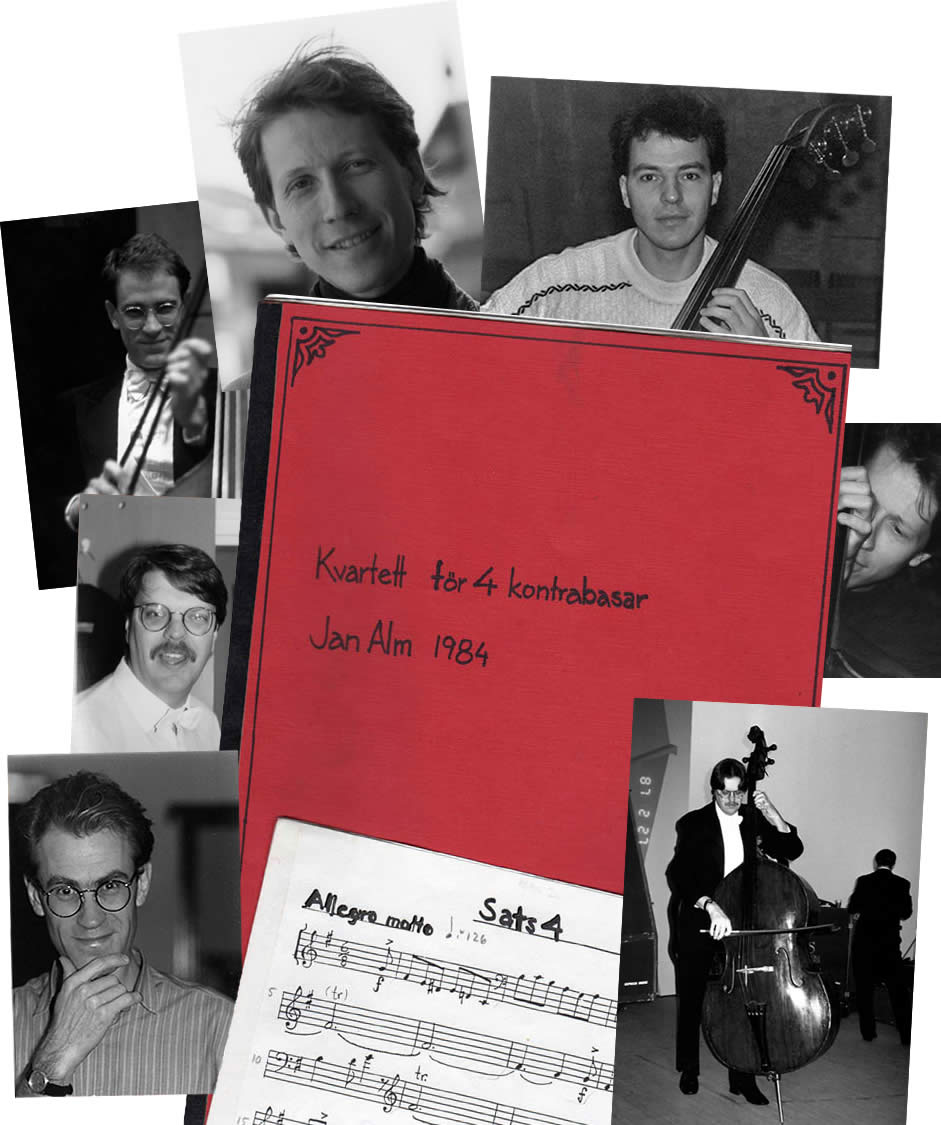 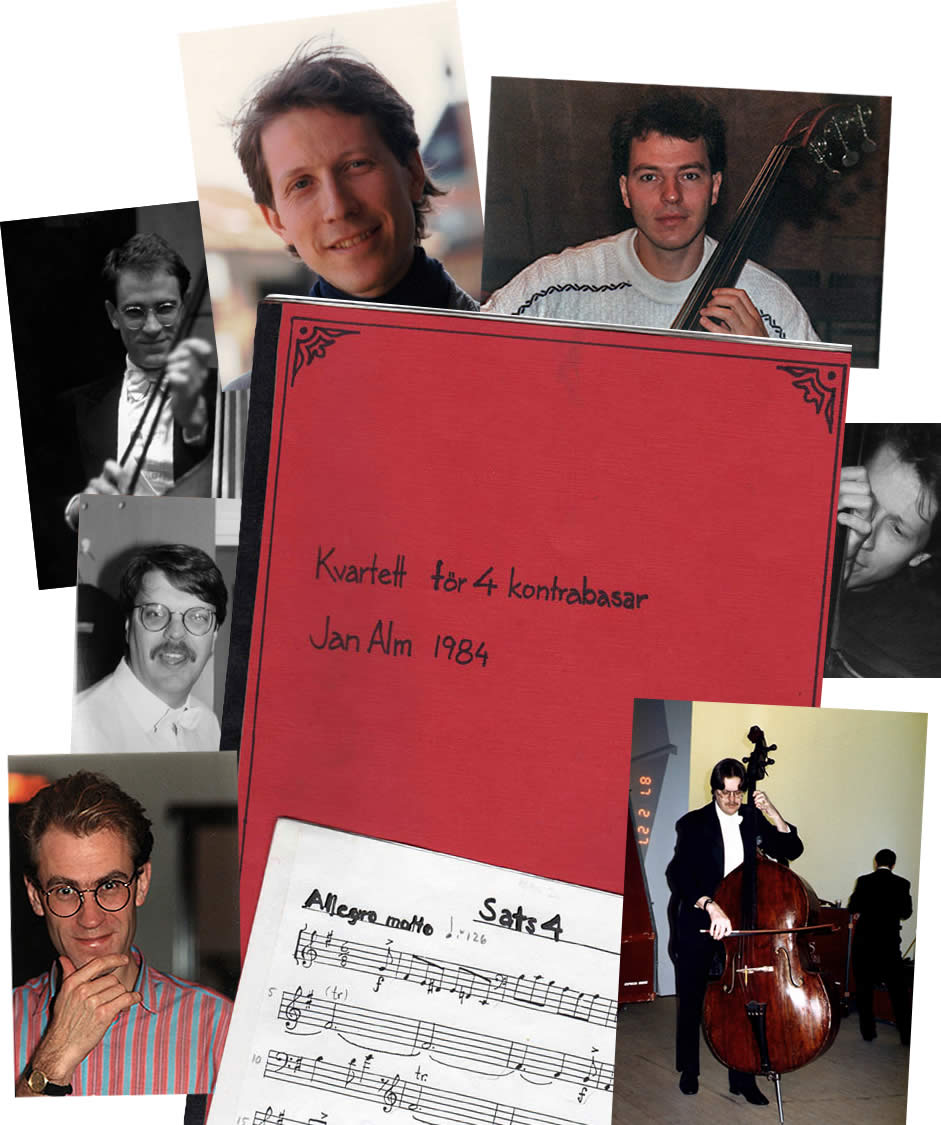 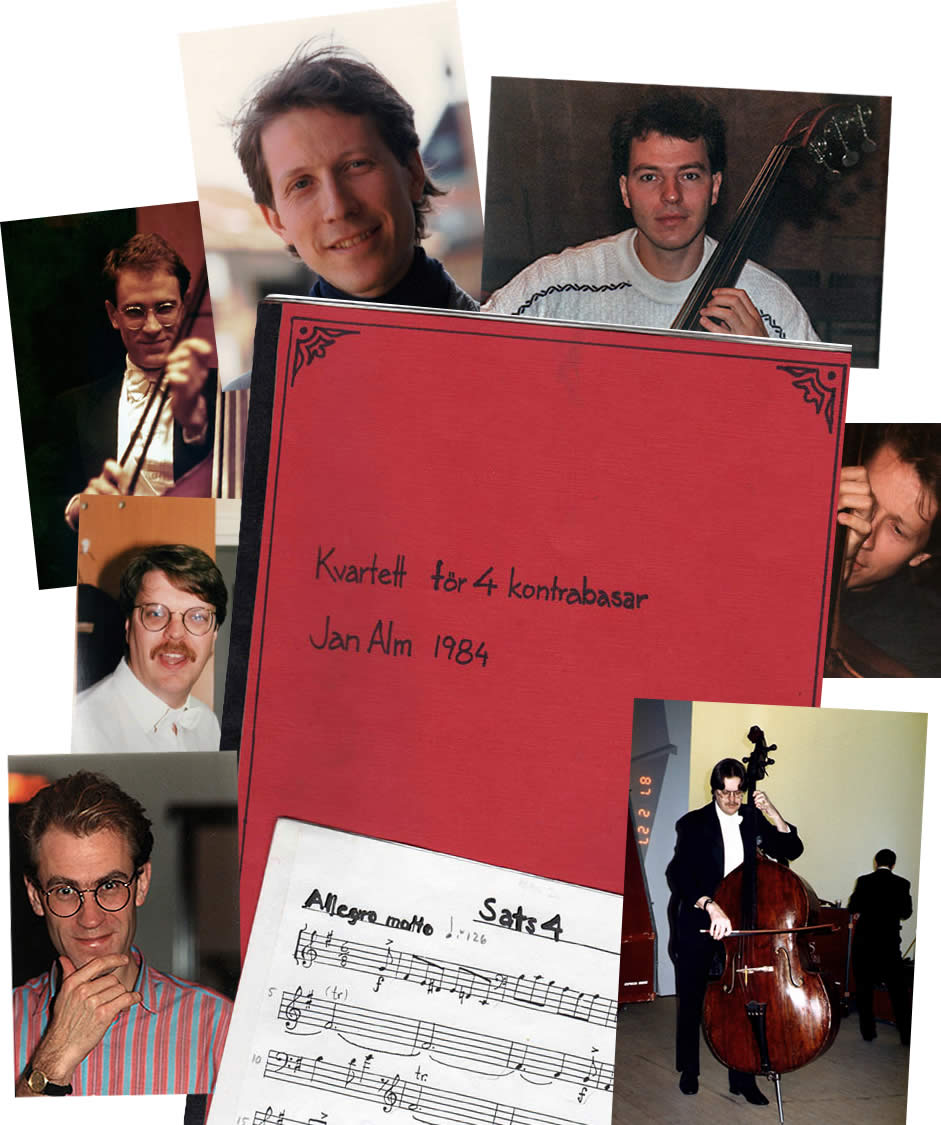